When Perth Festival’s Production Manager Elliot Chambers turned up at the door of Shockwave Marine’s cat-building facility in Bibra Lake in Perth, he seemed a little stressed.

It was January and the Festival was due to open in five weeks. One of the ‘immersive’ performances, ‘Five Short Blasts’, required 11 light craft with in-built speakers.

Inspired by the maritime signal of five short blasts to indicate uncertainty, the performance would invite people to hop on small quiet boats at sunrise and sunset – to listen, to encounter – the sights and sounds of the Port of Fremantle and the people who live and work there.

The builder originally commissioned by the Festival to supply the boats had fallen through. And as the sand swiftly fell through the hourglass Elliot Chambers was hoping Andrew Wright and team could come to the rescue and rise to the challenge of building the boats, from scratch, in time (and at a price to meet the Festival’s budget). 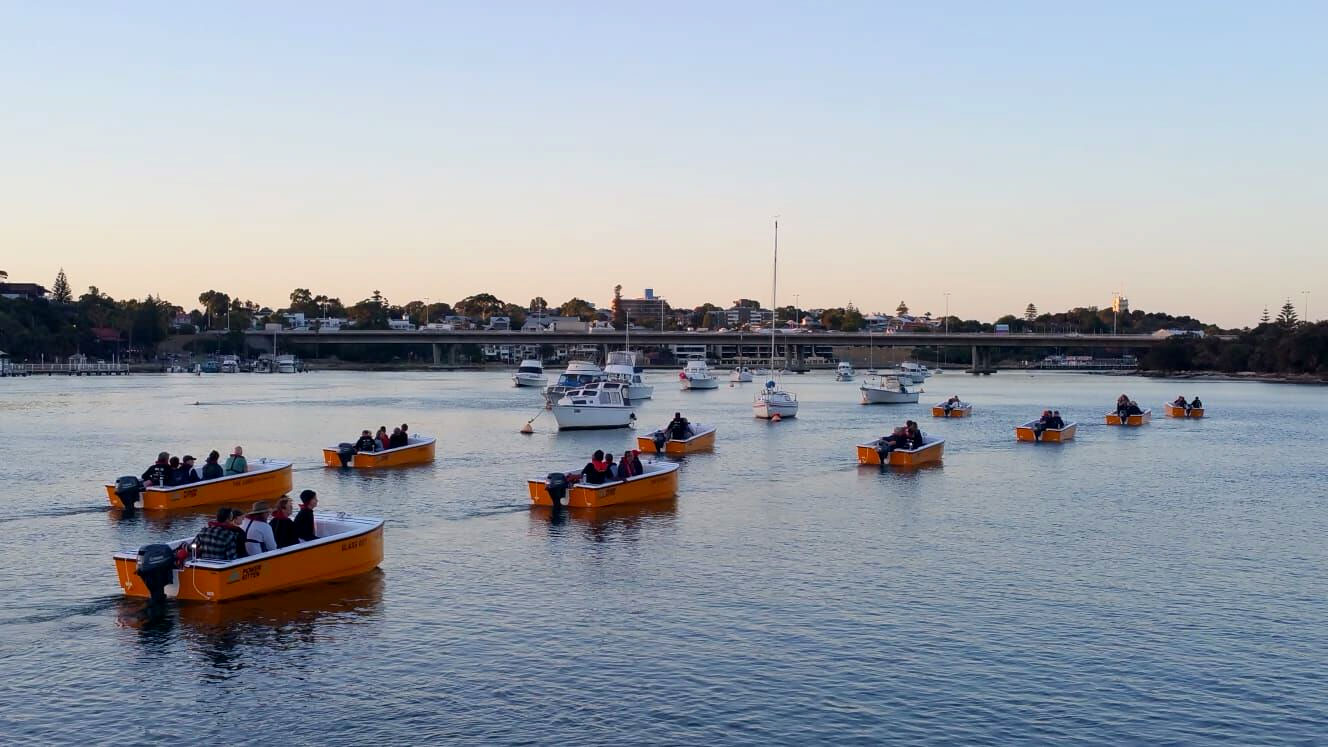 Why build you ask? Apparently to supply the exacting brief, it was easier and more cost effective for the Festival to build than to hire and refit.

Andrew Wright and the Shockwave Marine team jumped at the challenge; undeterred by the short notice, instead inspired by custom designing and building a new craft.

The team made rapid progress as soon as Andrew had speedily managed the quote negotiation, terms and conditions, and purchase orders.

When we asked Elliot Chambers about the project delivery, he explained:

We are impressed by Shockwave Marine’s attention to detail, especially given the tight time-frame, and the drive to improve the product throughout the process. They completed the design, build and fit-out to a very high quality at a competitive price.

Working with Shockwave, we benefited from Andrew Wright’s extensive connections, knowledge and depth of understanding of Australian Maritime Safety Authority regulations, codes of practice, and insurance requirements. This saved us much time, clarified areas of uncertainty and ensured every vessel was compliant.

The Five Short Blasts artists, for whom the boats were built, are particularly pleased with the results. The vessels are very well-designed, safe and light, which makes them easy to transport to other locations and performances.

The performance sold out at the Perth Festival to overwhelming acclaim and the boats, having now completed their original mission, are available to buy from the Festival or commission your own from Shockwave Marine. RRP Hull only: $9700, inc GST. 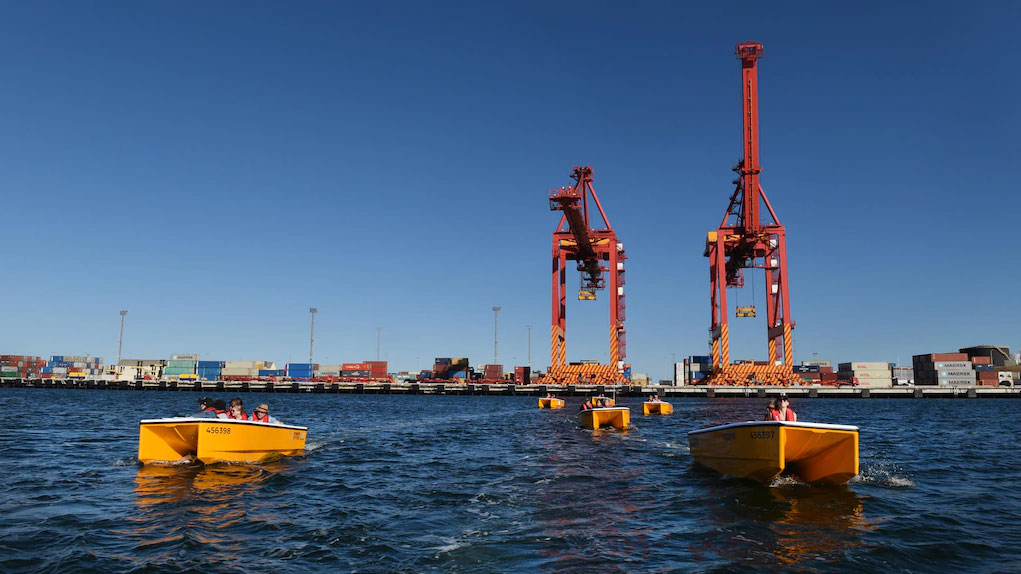 Want to join the discussion?
Feel free to contribute!

No Knowledge Gaps When The Skipper Was The Boat Builder